It was summer 2010. I was in Brooklyn. That summer I spent time writing blogs and participating in exhibitions to get our company, MakerBot’s flagship product, 3D printer into the hands of consumers. That was one of my most exciting summers as I saw a worldwide movement take place. The desktop 3D printing revolution was starting from Brooklyn and the world was getting more aware and excited about it. 3D printers were becoming more accessible during that period.

I saw MakerBot Replicator Z18 debut in the Ocean’s 8 movie and was thrilled to see it as a central part of the plot. Having been part of MakerBot in its earliest days, I couldn’t have been more proud to see how far it had come through. 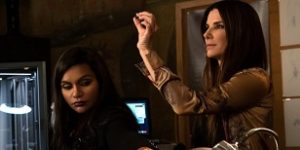 Talking about MakerBot’s placement in movies, Josh Snider, a Public Relations Manager at MakerBot told Sarah Anderson Goehrke in an article that “MakerBot gets approached by TV and movie studios all the time looking to add an element of futurism to their set or looking to characterize the story’s tech-guru or hacker. In most cases, the printer just glows quietly in the background, adding little more than its space-age LED hue.” Josh added that “The most exciting opportunities are when a production team actually wants to portray the printer in action or as a central plot point.” It’s a lifetime opportunity to work in a company such as MakerBot and be proud to see its success grow and have a profound impact in the world.

Subscribe to receive insights on our workshops, blogs, and other important news.