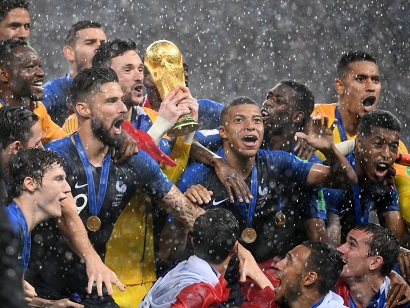 France exuded brilliant team work, near perfect execution and solid composure to beat Croatia. Analysis of France’s dominance are abound after their victory. According to ESPN’s Stats & Information Group, with an average age of 25.4 years (weighted by minutes played), this was the youngest World Cup-winning team since at least 1966. What a feat. Many records have been broken in this World Cup and it has been an electric month of football matches.

France earned its rightful place in World Cup history with a phenomenal showcase of football excellence. Kudos to the French team. The World Cup is yours and you are the champions for the next 4 years. Cheers.

Subscribe to receive insights on our workshops, blogs, and other important news.